Grandmaster Ricky Chua is a renown Geomancer in Singapore. He had assisted many companies from SME to MMC. Grandmaster Ricky had students from Malaysia, Taiwan, Australia and Singapore. He had trained many top students whom had become famous Geomancer and Taoist master. Grandmaster Chua had spent his whole lifetime in studying Meta-physics. He is well verse in ancient Thai magic, traditional Chinese Taoist ritual, fengshui, eight characters and many. Grandmaster Ricky is very friendly and caring man, who never show off his status or look down on people. He treat all his disciples like his own children, where he will do his best in grooming them into a successful meta-physicists.

Master Ricky step into the path of Meta-physics at the age of 10. He travel aroud various country and learn from many famous master. He was very well liked by his masters where they passed him their lifelong knowledge and skill to him.  At the age of 20s, Grandmaster Chua started his life long career in meta-physics and he had been improving throughout the years. Till now, Grandmaster Chua had more than hundreds of student and grandstudent, and he was very well respected by many.

In the year of 2012, Grandmaster Ricky had successfully groom another student into a full time Meta-physicists. He spent many years and effort to groom Master Wilson up and had passed them his skill and knowledge. He believes that he had acquired enough experience to serve the public as well as promoting the traditional art of Chinese culture. 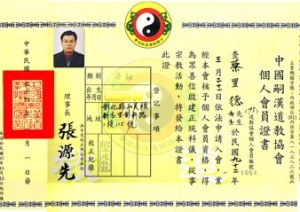 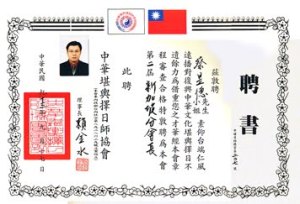